The fire and its consequences

On 26 May 1944, during the aerial combats preceding the Normandy landings, the American aviation dropped a bomb in the centre of Chartres. The town hall, which also housed the library, was gutted and the books were consumed by flames. When the fire was finally under control, nearly half the manuscripts had been totally destroyed and the rest were in varying states of distress, from barely singed to charred agglutinated blocks.

On 9 June 1944 the damaged books were sent to the Bibliothèque nationale in Paris for restoration. Leaves of parchment welded together by the heat were separated, but hundreds of fragments that had suffered successively from heat and water were vitrified. Rigid and translucent, they had lost their natural elasticity and crumbled at the slightest impact.

In early 1948 the departmental archivist Maurice Jusselin and canon Yves Delaporte began work on identifying the manuscripts. But it was difficult to make them available to researchers. Beginning in the 1950s, however, some manuscripts could be studied by specialists who continued the task of identifying texts and putting the fragments in order. 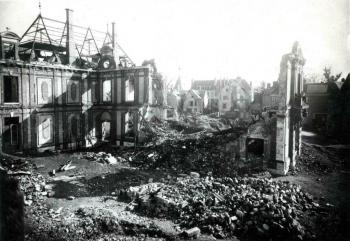 Town hall of Chartres after the bombing on 26 May 1944. Photo by Robert Laillet (Phot. 4701). Fonds iconographique, Médiathèque de Chartres. 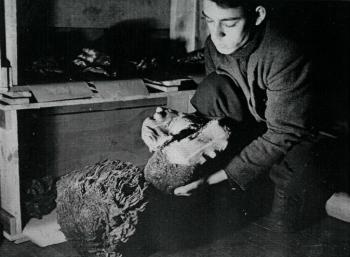 Burned manuscripts in the Library of Chartres after the bombing of May, 1944. (© Associated press photo)

Since the war, eight medieval manuscripts have been acquired by the Municipal Library. Among them the most precious is the eleventh-century Martyrology and  obituary of the Cathedral of Chartres. It contains the famous portrait of bishop Fulbert preaching to the people in the cathedral which he had reconstructed after a fire in 1020. 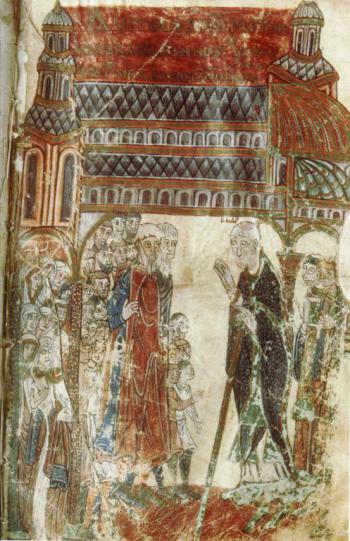